A Brief History on Jannat ul-Baqee 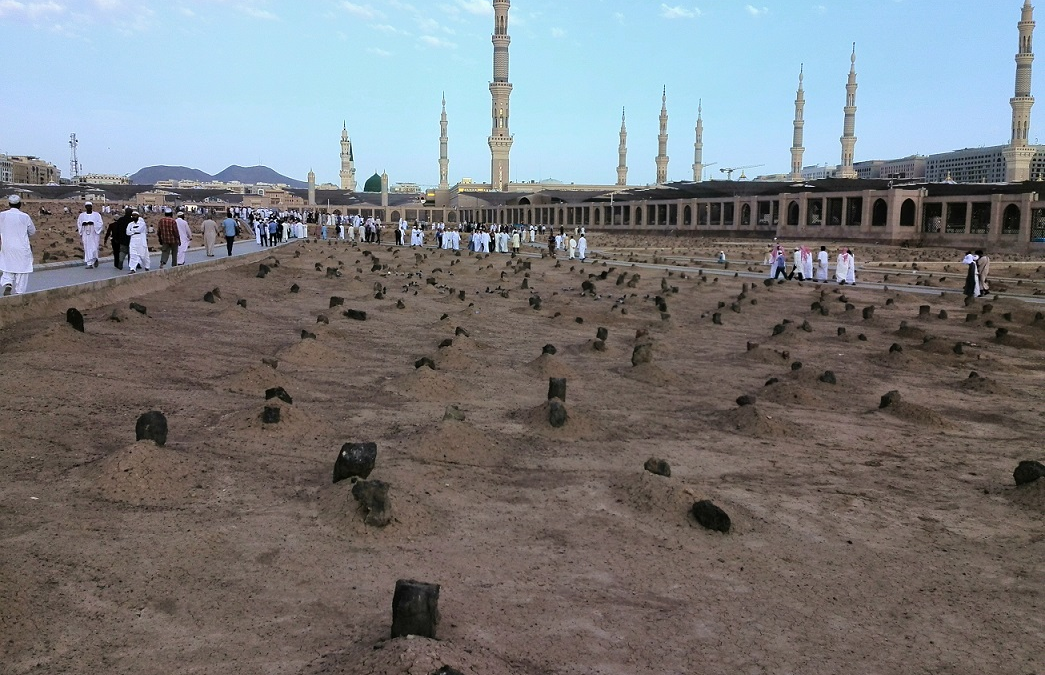 Jannat ul-Baqee also known as Baqee al-Gharqad is one of the most important and oldest cemetery in Medina. This is the first cemetery exclusively for Muslims.

This cemetery is located to the south-east of Masjid Al-Nabawi [The Mosque of Prophet Muhammad, (S)]. This is the resting place of many members of the Prophet’s household and his companions.

This place was chosen by the Prophet (S) himself and the first individual to be buried was Assad bin Zararah, a companion of Prophet Muhammad (S).

The famous personalities from Prophet Muhammad’s (S) Household that are buried there include:

Some other notable figures buried in Jannat ul Baqee are:

In 1806, the Wahabbi army led by the sons of Muhammad Ibn Abdul Wahab (founder of wahabism/takfirism) and Muhammad Ibn Saud occupied Taif and began a bloody massacre. They targeted all the graves and religious structures in and around Jannat ul-Baqee.

The structures in Baqee were leveled to the ground and not a single dome was left standing. The occupation of the Holy sites and preventing Muslims from doing Hajj created a hue and cry among people which pressurized the Ottoman Empire to liberate and rebuild the holy places and once again permit the Muslims to perform the pilgrimage.

In 1818, an army led by Muhammad Ali Pasha, the Caliph’s viceroy of Egypt was sent to Medina where they defeated Wahabbis and as a result the Wahabbis left the Holy place.

The Prophet’s Mosque, the Baqee and other structures were rebuilt during the reign of Ottoman Sultans ‘Abd al Majid I’, ‘Abd al Hamid II’ and ‘Mahmud II’.

From 1848 to 1860, the buildings were renovated and the Ottomans built mosques and domes in a splendid aesthetic style.

They also rebuilt Al-Baqee with large domes over the graves of the Hazrat Fatima (sa), daughter of Prophet Muhammad (S), Imam Zaynul Abedin (‘a), Imam Muhammad Al-Baqir (‘a) and Imam Ja’far Al-Sadiq (‘a).

On April 21, 1925 (8th Shaban), the tombs in Jannat ul-Baqee were once again demolished and leveled to the ground leaving no traces of which grave belongs to whom.

The day is commemorated as Yawm al-Ghamm (The Day of Sorrow).

Every year on this day, people go out in processions demanding the rebuilding of the Holy sites. Despite the pressure worldwide, demolition of Holy sites under Al-Saud continue till today as Wahabbis claim they are trying to save the religion from what they consider idolatries and innovations in religion.

According to their false belief, they claim it is forbidden to construct monuments over graves and supplicate there. Despite all these propagandas and atrocities by Wahabbi Takfiris, as God promises of victory and conquest of Mecca, all the structures will be rebuilt soon and Muslims everywhere will visit to pay their allegiances to these noble personalities.

For a more comprehensive history of the Holy Cemetery, visit: