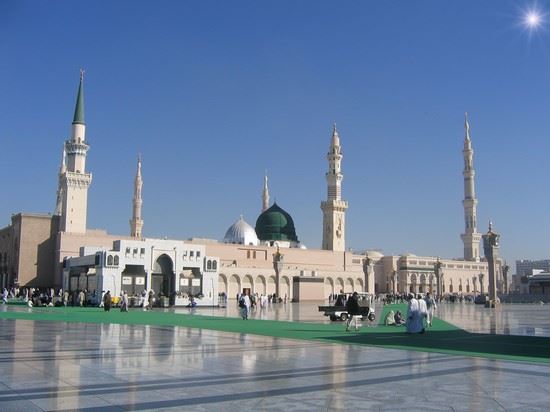 In the name of Allah, the Beneficent and most Merciful, peace and blessing of Allah be upon the holy Prophet Muhammad (S) and his infallible Progeny (the household) (as).

Certainly, Prophet Muhammad (S) has brought to the world and entire mankind the message from Almighty Allah with proven facts and miracles which placed him at an ultimate highest position in the history of mankind.

He has therefore served in multiple capacities among the Muslims such as; a leader, a scholar, a guardian, a military commander and a ruler. Due to his immense influence over the people, his absence or death leaves a landmark vacant position in their whole lifestyle. It was possible that this could lead to great calamities and even disbelief by some ill-minded from the Muslims.

The revelation had laid greater emphasis on the lifestyle of Muslim ‘Ummah’ after the demise of the Holy Prophet (S) and has therefore, laid down concrete foundations for the continued co-existence of the Muslims after the Prophet (S). This has been enshrined in so many verses of the holy Qur’an such as;

“Muhammad is no more than an apostle; the apostles have already passed away before him; if then he dies or is killed will you turn back upon your heels? And whoever turns back upon his heels, he will by no means do harm to Allah in the least and Allah will reward the grateful”(Holy Qur’an, 3:144)

Likewise, the Holy Prophet Muhammad (S) has in many traditions, admonished his companions regarding their fate after his death. He explained to them what they will hold firmly in order to reach him on the fountain of Al-Kauthar e.g.

The Prophet’s Plan To Avoid The Difference

The prophet’s health condition got worsened and the mischief extended as the magritude of a night. The cloud shall soon deplete their contents on the town.

“Yet, at the threshold of death that great mind charts out the best. He sends his army he vests to a teenager by the name of Usama Bin Zaid. All the magnets of Muhajereen and Ansar (emigrants and helpers) including Abubakar, Omar Bin Khattab, Abdul rehman Ibn Auf, Abu Obaida, Sa’ad Bin Abi Waqqas, Aseed Bin Hazeer and Basheer Ibn Sa’ad were called to join the army under the command of that young Usama to fight in the land of Balkha with the people of Obny who had defeated the Muslim army on a previous occasion and killed Zaid, the commander, father of Usama” [3]

The prophet pushes the army to move and cursed the delinquents.

Their rejection to undergo the command of a youth did not make them fear the anger of the holy prophet (S). They took refuge in an excuse that the commander was un-experienced youth. The prophet realized that his statements which he gave concerning the one to succeed him in a several occasions were not enough to put into practice as they refrained from joining the army of under Usama’s command; or the greed would have returned them back had they proceeded.

The prophet witnessed their disobedience. To go to the pulpit, his sickness failed him. This was the first time in his life at Medina that his orders were denied to his face. He was not yet dead and disobedience had made its phase. So, how could they be expected to obey afterwards. To write was the best alternative; and he resorted to that as it would constitutefixed text which cannot be doubted nor forgotten.

It was Thursday. Three days before the prophet’s death, his condition got worse. In the house men were present and among them wereUmar Bin Khattab. The Prophet (S) said; “Now let me write something for you whereby you shall not go astray after me” ‘Umar said, ‘The Prophet is overcome by illness, you have the Qur’an, the book of Allah, which is sufficient for us”[4]

‘Umar’s’ statement caused a fury among those present. Some were saying that the prophet’s command should be obeyed……and then others sided with ‘Umar. When the tension and uproar intensified, the prophet said, “Get away from me”

The following is quoted in Khasa’ is of Nasa’i from Ummu Salamah: “By Allah, the closest person [to the Prophet] at the time of the Prophet’s death was ‘Ali. Early on the morning of the day when he was going to depart this world, the Prophet called ‘Ali who had been sent out on some errand. He asked for ‘Ali three times before his return. However, ‘Ali came before sunrise. So, thinking that the Prophet needed some privacy with ‘Ali, we came out. I was the last to be out; therefore, I sat closer to the door than the other women. I saw that ‘Ali lowered his head towards the Prophet and the Prophet kept whispering into his ears (for some time). Therefore, ‘Ali is the only person who was near the Prophet till the last.” Ibn al-Wardi points out that the persons who were responsible for giving the Prophet his funeral bath were: “Ali, Abbas, Fadhl Qutham, Usamah and Shaqran. Abbas, Fadhl and Qutham turned the body. Usamah and Shaqran poured water, and Ali washed the body.”

Tarikh al-Khamis adds the following: “Abbas, Fadhl and Qutham turned the body from one side to the other as Usamah and Shaqran poured water over it. All of them were blind-folded.”

Ibn Sa’d narrates the following in his Tabaqat: “Ali narrated that the Prophet had so enjoined that if anyone except himself (Ali) had given him the funeral bath, he would have gone blind.”

Saqifa is one of the most dramatic events in Islamic History that ultimately led to a victorious Abu Bakr attaining the station of Khalifa following the death of the Prophet (S).

The episode actually begins from the point that Rasulullah(S) died, upon receiving news of the Prophet (S)’s death the companions who were ordered by the Prophet(S) to join the expedition led by Usamah returned to Madinah.

Three key figures, Abu Bakr, Umar and Abu Ubaydah were participants in this aborted expedition, and Sunni Imam Khandlawi adds that when returning to Medina: “Usamah along with ‘Umar and Abu ‘Ubaidah (Radiallahu ‘Anhum) returned to Madinah and went straight to the [residence of the] Messenger of Allah (Sallallahu ‘alaihi was Sallam) who had passed away”. [5]

While Imam Ali (as) was busy attending to the burial of the Holy Prophet (S), the Muhajireen of Makka and the Ansar of Madina had lost no time in contesting the matter of the Caliphate. They had gathered at a place called Saqifa bani Sa’da and each group was putting forward its merits and claiming the Caliphate.

One can only wonder at their actions, because only two months ago the Holy Prophet (S) had openly declared that Imam Ali (as) would be his successor. In their greed, these so-called Muslims even forgot that their beloved Holy Prophet (S) lay as yet unburied.

In Tarikh-al-Khamis, however, it is mentioned that Muhammad ikn Ishaq stated the following: “The Prophet died on Monday and was buried on the night of Wednesday.”

Estimating his age, Abul-Fida’ writes: “Although there is a difference of opinion about the Prophet’s age, yet calculated from famous traditions, he appears to have lived for 63 years.”

The Holy Prophet departed from this world on the 28th of Safar, 11 A.H. Thus ended the life of the Final Prophet sent to mankind.