Hasan Ibn Ali: The Chief of the Youth of Jannah 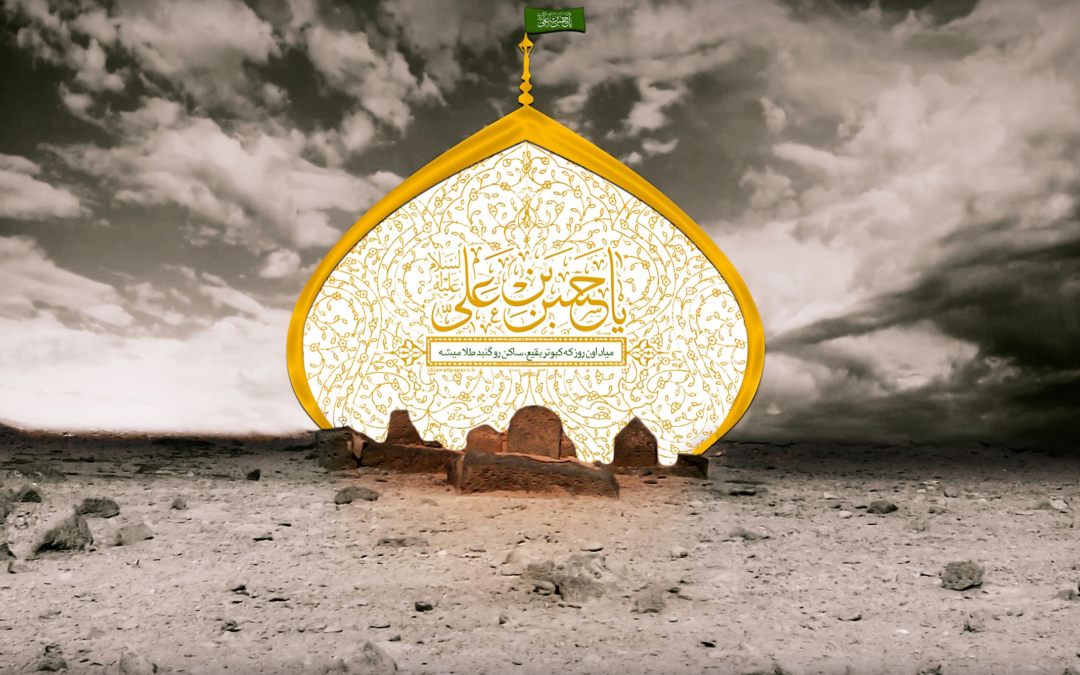 Imam Hasan Ibn Ali, also known as Hazrat Hasan Mujtaba (‘a) is bestowed with the honor of being among one of the fourteen infallibles by the grace of Allah (SwT). He is not only the eldest grandson of Prophet Muhammad (S) and Bibi Khadija (sa), He (‘a) is also the first child of Bibi Fatima Zahra (sa) and Hazrat Ali (‘a). He was born on 15th Ramadan 3 A. H. in Madina. His term of Imamat started from 40 A. H. till 50 A. H. and he was martyred on the 28th Safar 50 A. H. Imam Hasan’s place of burial is in Madina in Jannat ul Baqi.

It is mentioned in Bihar al-Anwar that after the birth of Imam Hasan (‘a) Angel Jibril came from Allah (SwT) to Prophet Muhammad (S) and congratulated him on the birth of his eldest grandson who was a living example of Surah al-Kauthar (108) and presented him a white silk handkerchief on which the name Hasan was engraved. This name was also preserved in Al-Lawh al-Mahfooz (the Preserved Tablet, the place where the decrees of Allah are kept.)[1]

He was called as Shabbar after the son of Prophet Haroon which means Hasan in Arabic. Thus he was named Hasan by Prophet Muhammad (S) The following year of his birth his younger brother Imam Hussain Ibn Ali (‘a) was born. The Holy Prophet (S) dearly loved his grandsons and considered them as the apple of his eyes. He called them as his scented blossoms from Heaven. Both Imam Hasan (‘a) and Imam Hussain (‘a) were known as Sibtain i.e., the sons of Prophet Muhammad.

Command of Allah in the Holy Quran

“That is of which giveth God the glad tidings unto His servants who believe and do good deeds; Say thou (O’ Our Apostle Muhammad!): “I demand not of you” any recompense for it (the toils of the apostleship) save the love of (my) relatives; and whosoever earneth good, We increase for him good therein, verily God is Oft-Forgiving, the Most Grateful (One)” (42: 23) [2]

The above verse is clear in its meaning that the Holy Prophet (S) is being commanded to ask the believers to love his kith and kin, i.e., the Holy Ahlul Bayt and that would be the return for his apostolic services.

Sayings of the Holy Prophet (S) on numerous occasions as:

“These two grandsons of mine will be the leaders of the youths entering Jannah.” (Askari 63)

Prophet Muhammad (S) loved his grandsons and used to play with them and used to carry them both on his shoulders, one on each side and with affection used to kiss them. Imam Hasan Ibn Ali (‘a)’s Kuniyat or Teknonym was Abu Muhammad. He had many Alquab or compellations such as Vazir, Taqi, Tayyab, Zaki, Sipar, Hujjat, Sibt and Wali. He was called by all his Alquab but the more popular among these was Taqi. But the Laquab or Appellation given to him by Prophet Muhammad as ‘Syed’ was the most popular. He (S) used to call his grandsons as ‘Syed ash-Shabab Ahlul Jannah’ that means ‘The masters of the youth of Paradise’. [4]

Once a man came to Imam Hasan Ibn Ali (‘a) and requested him to describe Allah to him so that he can understand him well. Imam Hasan Ibn Ali (‘a) described Allah to him as, “All praise is for Allah (SwT), who has no beginning, nor end. He neither has a face through which He may be perceived, nor a back that He may be restricted. He cannot be limited with (the word) ‘till what,’ nor with an appearance so that He may have parts. He cannot be described with variation so that He may have an extent. He can neither be perceived by intellects and imaginations, nor by thoughts and concepts…”[5]

The Holy Prophet (S) taught humanity principles of truth and justice and eradicated those wicked innovations which had crept in the world due to ignorance. He appointed Ali Ibn Abi Talib (‘a) as his Vicegerent after the ‘Hajjatul Wida’ at Ghadeer Khumm, by Allah’s command. On the 28th of Safar, when the Holy Prophet (S) was in his death bed, he (S) called his grandsons Hasan (‘a) and Hussain (‘a) and hugged them and bade them farewell. He reminded them that they must do everything to save the message of Islam.

After the death of Holy Prophet (S), the atmosphere of Madina changed. The rights of Sayyida Fatima (Prophet’s only daughter) were usurped. Fire was brought to her door and she was crushed as she stood behind it, causing her unborn baby Mohsin (‘a) to die and causing the breaking of her ribs. Imam Hasan (‘a) who was then a child witnessed the torture inflicted on his mother and this pained him deeply throughout his life.

Imam Hasan (‘a) witnessed people forgetting the last words of Holy Prophet (S); he saw his father’s rights of successorship being usurped. He saw the hypocritical faces of people who professed to be the followers of Holy Prophet and his Ahlul Bayt. For twenty five years, the Ahlul Bayt (‘a) lived in isolation. Even when the Muslims accepted Hazrat Ali (‘a) as Caliph, there was resistance from many places.

Muawiya pursued for himself the position of Independent Ameer ash-Shaam (The ruler of Damascus) while Hazrat Ali (‘a) was the supposed Caliph. Imam Hasan (‘a) witnessed the fatal blow on his father’s head when he was rising from the Sajdah by the sword of Abdul Rahman Ibn Muljim[6]. His heart was filled with razor-sharp pain when his father Hazrat Ali Ibn Abi Talib (‘a) finished his two Sajdah’s and reeled in his (‘a) and his brother Imam Hussain (‘a) hands.

Muawiya’s (The ruler of Damascus) burning ambition was to become Caliph of the whole Islamic Empire (Ummah). In his resentment towards Ahlul Bayt, he hired mercenaries to cause trouble in different parts of Islamic State. People were plundered and killed. There was no security or safety of people and property. Imam Hasan (‘a) was not fortunate enough as his younger brother Imam Hussain (‘a) to have loyal and courageous seventy two companions. Thus, as he was concerned with the welfare and safety of the people and did not need any formal throne to pursue his responsibilities of his designation, He (‘a) was forced to make peace with Muawiya[8]. Some of the conditions of the peace treaty are:

Muawiya did not keep the terms of the treaty. In 50 A.H. he decided that on his death his son Yazid Ibn Muawiya should succeed him. This was not possible if Imam Hasan Ibn Ali (‘a) was still alive. Hence he conspired and bribed Ju’adaa bint al Ashash who was Imam Hasan’s wife, with hundred thousand dirhams and a promise that Yazid Ibn Muawiya will marry her. Thus on Muawiya’s instigation, the wicked woman administered poison to her husband and our gentle, handsome and generous Imam was martyred mercilessly.

Before dying, Imam Hasan (‘a) handed over the Imamat to Imam Hussain Ibn Ali. His wife and Qasims’s mother, Umm Farwa was deep in sorrow and in tears. Imam Hasan (‘a) said to her “Umm Farwa” I entrust you and my children to Allah (SwT) and Hussain. [10]

Imam Hasan Ibn Ali (‘a) proved to us that the Holy Quran is not just present to read, but to gain knowledge of from and to act upon its teachings. He also urged us to move on the path of piety with patience and to help the needy as he himself followed these virtues in his life.

Furthermore, He instructed us to think about our soul’s food and not fill up our heart’s with destructive subjects.