My Journey Towards Imam Husain(AS) : A New Muslim’s Reflections 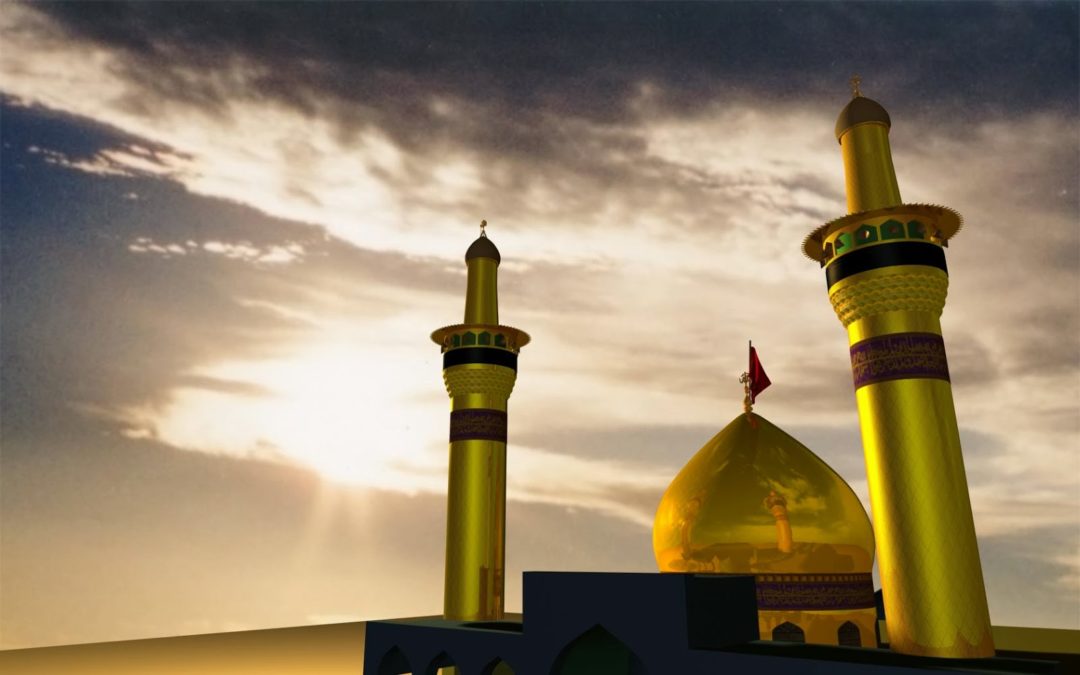 Reformation is defined as “The action or process of reforming an institution or practice”.

This Muharrum 2017 was deeply special. Extremely painful on an emotional level. But enormously personally reformative. This was my fifth Muharrum.

I converted to islam in May 1992. I was thirty years old. I have always been a practising Muslim. The website https://www.al-islam.org/ has always been a tremendous source of reliable knowledge and guidance for my ability to practise my religion.

I entered islam in London at Regent’s Park mosque. I had been raised in a deeply Catholic background. I had grown up in the “Troubles” in Northern Ireland. This meant that I had not only experienced traumatic events related to terrorism as a child but I also understand what sectarianism means. Al hamdulillah I had been brought up to hate no one.

My well educated mother’s regular encouragement was to study well in school. Early home life was dedicated to attending school and diligently completing long hours of homework in the evenings. Yet our mother never made us feel pressurised to achieve high grades or to go into any particular profession. The maxim from her was “You can only do your best” I was the eldest of seven children. I had one brother and six sisters. We were all taught good manners and to especially respect any guest which came to our home.

During the long difficult years of my association with Muslims from Ahlul Sunna, especially in the early months after converting to islam in London, I was warned off in having anything to do with Shia Muslims.

By the grace of Allah, in May 2013, I was back in London for a brief period and became a Shia of Ahlul Bayt. I had been truly, finally guided to the place I now call home in islam. Personal circumstances meant that I had to really “learn all over again” how to practise my religion. And learn it alone for the most part. All I had was a copy of Najool Baluga, my Mafatih al Jinan and the scant knowledge that Imam Hussain was the grandson of Prophet Muhammed (saw). And that he had been martyred in the most brutal way at a place called Kerbala.

Semi retiring from a long international career in my specialist field of Clinical Nutrition I found myself back in my home town in August 2013 and as a brand new Shia. I was fortunate at that time to meet a few Shia doctors who were working in Northern Ireland. They visited me at my home and we recited Hadeeth al Kisaa. In those early years I knew so little of the Ahlul Bayt. On a personal level I was readjusting to life after decades of professional work. I was alone. I was “back home”. I was going through my own personal reformation, day by day, month by month, changing how I was not only practising at home but living shii islam outside in the society.

It was Ahlul Bayt TV from which I began to learn about Imam Hussayn. And to begin to understand in depth what happened in the holy month of Muharrum and about the events in Islamic history which lead to the martyrdom of the Imam and his beloved progeny. The more I listened, the more I learned, the more horrified, shocked, pain I felt. That people who called themselves Muslims could have behaved in such a callous and barbaric way with the family of the noble Prophet Muhammed (saw).

From the pain of this Muharrum came further personal reformation, a deepening of faith, a spirit which remains unbroken in the long road to do ziyara of Imam Hussain. I had been working in Mazar Sharif in Northern Afghanistan for several months earlier this year. Before I left my close friend and dear sister in islam, Dr Humera drove me to meet a Shia scholar. As she was working for the UN she was able to translate for me as Shaikh Haideri spoke only in Dari. It was a deeply emotional meeting. There was a very large photograph of my marajah, Grand Ayatollah al Sistani on the wall. I was extremely happy at the end of the meeting to be given a gift from Imam Zaman. And also delighted to hear that I could join a group to go for ziyara of Imam Hussain and Arabeen from Kabul.

I went to stay with Hazara shia muslim friends in Kabul with the sole intention of getting the visa and travelling for ziyara. It’s too long a story to detail in this short blog but sadly I had to leave Afghanistan. I was utterly heartbroken not only by the fact that I was not able to travel but deeply saddened by the actions of Shias I thought I could trust. On my return to the UK, through further learning I realised that Imam Hussayn too had been betrayed. And as we know there are numerous incidents in the life of our blessed Prophet Muhammed where he was betrayed and left to weep alone. I like many Shia have just emerged from two months of mourning.

It took a lot of time but I have finally found a sister with whom to book my travel all over again to Imam Hussayn at the end of March 2018. Sacrifice for Imam Hussayn has become a way of life.

It was difficult to be all alone again in the UK. Even though I had been in Afghanistan, lived with high level security arrangements, experienced long hours of power cuts in temperatures of more than 40 degrees centigrade on some days, I was able to wear my hijab without fear and serve without humiliation as best as I could. I was blessed with the company of dear muslim sisters and brothers particularly in Mazar Sharif.

This Muharrum 2017 back in the UK I watched Arabeen and my Shii brothers and sisters from my remote location on Ahlul Bayt TV. I wept for the tragedy of Kerbala. I wept for having got so geographically close and now I was so far. But I could still feel Imam Hussain with me through all this pain. Al hamdulillah I have emerged with the strong HOPE and optimism of ziyarah next spring. For me true justice and good ahlaq to humanity, and especially to Believers ,also means never remove the hope from a good human heart, the heart of a Believer in Allah.