The Intellectual Aspects Of Imam Ali al-Ridha’s (a) Life 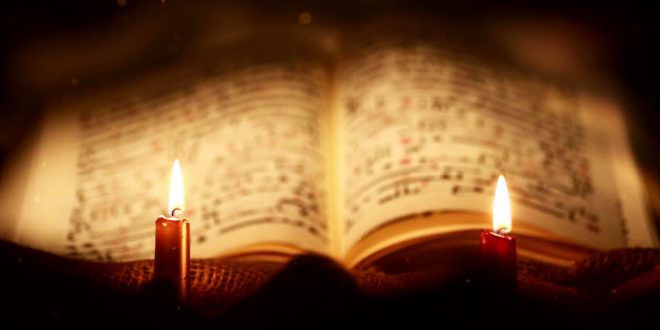 Imam Ali al-Ridha (a), the eighth Shi’ite Imam, a direct descendant of Prophet Muhammad (s) was born on 11 Zeelqad 148 AH in Madina. He was martyred on 17 Safar 203 AH in Khurasan by Ma’mun.

The followers of Ahlulbait (a) could not go to him so they came to his son, Imam al-Ridha (a).

Although he never had a teacher who taught him, Imam al-Ridha (a) had immense knowledge and he trained several sincere scholars and students in his life who pursued Imam’s (a) purposes, defending the religion and publishing its sciences and teachings.

It was the most dreadful and unwelcome call when Ma’mum declared Imam al-Ridha (a) as his successor, heir-apparent, inviting him to live in Khurasan, Iran, at the age of 52 years. Caliph Ma’mun, who was conniving to hide his heinous crimes behind the most illustrious and godly person also had a great political advantage of winning over the Imam’s (a) great Shia following in Iran. When Imam al-Ridha (a) realized he had no choice but to become the Wali Ahad to Ma’mum, he accepted.

Ma’mun announced Imam al-Ridha (a) as his heir-apparent, gave his young daughter in marriage to him and even minted coins with his picture on them to eliminate all doubts from people’s minds that he planned to kill him to get him out of the way of caliphate just like his father Haroun had done to Imam al-Kadhim (a).

Ma’mun invited great philosophers and scholars from different countries and cities to Khurasan to test the knowledge of the Imam (a). They asked Imam al-Ridha (a) about the vaguest and most difficult matters.

Imam al-Ridha (a) was never unable to answer a question – no one was more scholarly than him. There are traditions from Imam al-Ridha (a) on religious issues, including monotheism, theology, Allah’s (swt) attributes, creation of the world and its philosophy, Allah’s (swt) justice, force and option, destiny, prophet hood and its philosophy, infallibility, Imam’s knowledge, Imam’s conditions, philosophy of Imamate, ethical virtues and vices, various sins and their punishment, and different jurisprudential issues.

Imam al-Ridha (a) was popular as he was the possessor of all human virtues being a noble character who was not only the best but also the wisest, greatest, and the most knowledgeable person of his time. He said reasoning is a man’s best friend protecting him from afflictions and misfortunes whereas ignorance is his greatest enemy pulling him into deep mazes of this world. While reasoning is a gift from Allah (swt) which together with politeness leads to wisdom, arrogance with reasoning leads to ignorance. All religious obligations depend on reasoning hence he who loses reason is not required to perform them and is not sinful when he commits sin because reason is the only condition in performing religious duties. The man with good reason is a man who knows his own soul and the one who knows his soul knows his Lord.

We learn from the teachings of our great Imam (a) that excellence of reason goes hand in hand with reflection, reckoning one’s own soul, clemency, silence, humbleness, concealing someone’s secret, forgiving others to enjoin good and being patient during prosperity and adversity. Imam (a) enlightened us with Allah’s (swt) commandments, conveyed outstanding wise things, taught good manners, gave good advice to lead a life style beneficial to us. [3]

Some books of Imam al-Ridha (a) are:

This is a great medical dissertation also called Al-Risala al-Dhahabiya (The Golden Dissertation), that Imam al-Ridha (a) wrote upon Ma’mun’s request. It contains health programs on foods which improve health and protect from diseases. It also contains his general prescriptions like refraining from eating too much food which gives rise to high blood pressure, diabetes, arteriosclerosis, and other dangerous diseases. It is certain that if one puts into practice the Imam’s (a) prescriptions, he will need no medicine. This dissertation is of great importance even to this present day. People are implementing this in their lifestyle to combat diabetes, heart diseases, and obesity along with staying physically active.

Uyun Akhbar Ar-Ridha (a) also known as ‘The Source Of Traditions On Imam al-Ridha (a)’, is a book written by Shaykh as-Saduq in two volumes. It contains a full account of the life of Imam al-Ridha (a) and gives an insight into his life. This book is a compilation of his narrations and ahadith which have gone down in history as Al-Silsilatul Dhahabiyyah (The Golden Chain).

These hadiths are considered authentic because they are said to be from Prophet Muhammad (s) and were transmitted from one Imam to the next. Of the two volumes, the first volume comprises the first 30 chapters and second volume starts from chapter 31 and ends at chapter 69.  Each chapter in both volumes addresses a certain topic related to the Imam (a). [5 & 6]

These traditions are like a treasure trove for those seeking knowledge and guidance through generations. Similarly, those who are seeking truth and real guidance in the present day don’t have to look far – for our living Imam (a) will guide them through the chaos of this world to the ultimate truth.

The scholars and sincere students trained by Imam al-Ridha (a) published his religious commandments. Narrators publicized his traditions, which are cited in tradition books. There are traditions reported from Imam al-Ridha (a) on various issues including monotheism, theology, attributes of Allah (swt), creation of the world and its philosophy, justice of Allah (swt), prophet hood and its philosophy, infallibility, Imam’s knowledge, Imam’s conditions, philosophy of Imamate, ethical virtues and vices, various sins and their punishment, different jurisprudential issues, force and option, and destiny.

Imam al-Ridha’s debates and scientific discussions with incumbent rulers, scholars, and priests of other religions are recorded in history and tradition books. An accurate study of Imam al-Ridha’s (a) traditions and debates shows his real scientific stance.

With respect to the importance of debate and dialogue in interactions with the non-Muslims, Imam al-Ridha (a) had lots of debates with intellectuals of various religions.

These scientific encounters have been very influential in expanding Islam. Imam al-Ridha’s (a) character is so great and prominent that it makes salient and famous intellectuals, scientists and scholars from various religions admire him as their role model.

During his twenty years of Imamate, Imam al-Ridha’s (a) competent students wrote and narrated many traditions that were publicized and cited in tradition books.

The number of learned religious scholars at the time of Ma’mun was quite large, yet when a question over-taxed their mind they would send their queries to Imam al-Ridha (a) and he would answer them all.

Imam al-Ridha (a), the impeccably well mannered, the most intelligent and knowledgeable person of his time, the righteous heir of Prophet (s) is the ideal for every man with a reasoning.

By living a public life as heir-apparent to Ma’mun, Imam al-Ridha (a) taught people how to live openly under oppression and still maintain their dignity and belief.

[2] The Fourth Imam, ‘Ali Ibn Al Husayn, Zainul Abedeen (as), in Story of the Holy Ka’aba And its People by S.M.R. Shabbar: