A Treatise On Taufeeq – The Divine Guidance 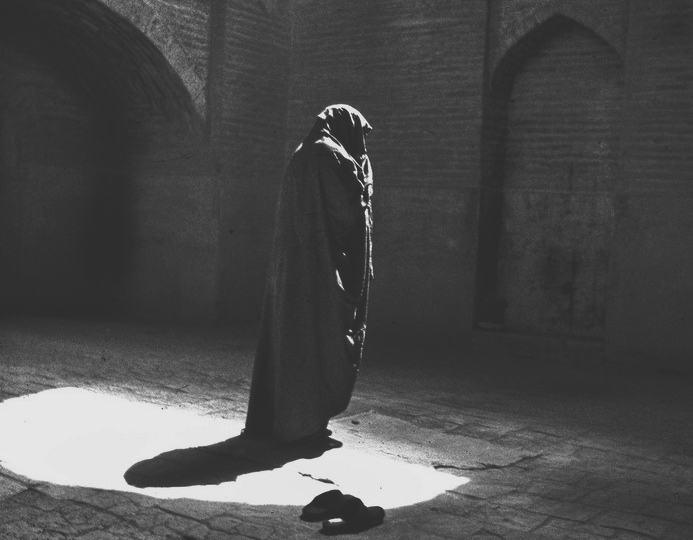 In the Name of Allah the Most Compassionate, the Most Merciful

What is Divine Guidance ( Taufeeq) and how can we achieve it? Is it universal, random, or only specific for some special people?

Some people attribute to Allah(SWT) their own failings in fulfilling their obligations. Especially when someone is not doing what he or she is capable of, in the way of Allah, if such a person is capable of performing the kind and good deeds and for whatever reasons he does not avail the opportunity at the right time, he is termed as the one who did not get the divine guidance yet!

A common example being, say someone who has heard the call for prayer(Adhan) or knows the time of prayer (Salat), but being busy with his phone or work, ignores the call for prayer and loses the right time for prayers, and delays his prayers till the eleventh hour and finally does it just before the prayer time is about to be over, is sometimes referred to as also not attaining Taufeeq to pray on time. Other times, people who are not performing their religious obligations, and therefore come across this common argument and excuse for themselves as well.

“There are two types of divine guidance: general and specific. General Guidance (al-hidyah al-‘ammah) is the guidance given to all creatures, as everything created in this world receives some type of guidance. When Pharaoh asked Moses and Aaron who their Lord was, his reply was:

Everything in this world knows its role for its continuity in this world. Animals, insects, and plants know how to survive and continue their species. Even electrons know how to move and function because it is God who has guided them:

Celebrate the Name of your Lord, the Most Exalted, who created and proportioned, who determined and guided. (87:1-3)

This is very similar to the answer of Moses to Pharaoh. God is the one who has created everything, who has given all appropriate measures and design, and has also guided them.

The Specific Guidance (al-hidayah al-khassah) pertains to human beings (and jinns) who have free will and are therefore able to make moral decisions. The Specific Guidance by itself is divided into two: a) the generative (al-takwiniyyah), which is through human conscience and intellect, and b) the legislative (al-tashri‘iyyah) which is through revelation and divine messages communicated to mankind by the prophets. As we will see later, those who benefit from the guidance available to everyone will receive additional guidance from God.”

Some people directly or indirectly, set all their burdens for their neglect and recklessness in the Islamic rituals on Allah for not providing them the required, Taufeeq at that point in their lives.

In reply to a question about above verse Ayatullah Sayyid Abdul Husayn Dastghaib Shirazi in 82 Questions gives Tafsir of the verse: “This holy verse carries several meanings: One is regarding knowledge about the Almighty Allah’s authority over guidance and misguidance for anyone whom He wishes and that He is able to draw him to good or evil willy-nilly, but since withdrawal of free will is against Divine wisdom, He does not do so, because if He does so, one cannot be either rewarded or punished. Therefore the verse only informs us about God’s ability and it does not mean that he really takes this step.

Hence what is meant by guidance and misguidance in this verse is divine sense (Taufeeq) or abandoning (Khizlaan). Taufeeq means that the Almighty Allah pays special attention to His servant and makes the path of good easy for him thereby making him inclined to good and by increasing his desire to do good. He provides for him the means, which help him succeed and does not withhold from him means which can keep him away from sinning.

The perfect kind of such guidance is that by which God makes His servant taste the sweetness of good and the bitterness of evil. It i s obvious that such guidance, which facilitates the path of success, does not conflict with or does not negate man’s free will. Therefore the meaning of this verse is: God sheds His favor on His servant by providing him with all the means of success to whoever He wants and deprives those He wants of His favors and leaving such a person to himself (to do whatever he likes).

But it should be clear that the will of Allah is not random; it is in accordance with the entitlement of man to get guidance or misguidance. Man makes himself eligible of God’s favor by following and accepting the call of the divine prophets.

“And (as for) those who follow the right direction, He increases them in guidance and gives them their guarding (against evil).,,” (Muhammad, 47: 17)

Since guidance and good sense (Taufeeq) of God has stages, when God grants His favor and the servant accepts it thankfully, he becomes entitled to a higher rank. Likewise it is also possible that a man by his inclination to evil may make himself eligible for misguidance and deprivation.”

These 2 verses from Quran are hard to interpret, yet according to a general understanding these verses, are directed towards the sole power of the Allah to provide or not provide the capability towards goodness. But if we believe in such, then there should be no reward and no punishment as Allah is the one who actually left some people astray and others were guided to the straight path. Therefore, it’s concluded that if we believe in Allah’s justice the divine Adl then we have to believe in each and every person’s individual competence, potential and efforts in the way of Allah or in the way of Satan that can lead or mislead him from the divine guidance from Allah.

“And (as for) those who strive hard for Us, we will most certainly guide them in Our ways, and Allah is most certainly with the doers of good.” (Surah Ankabut 29:69)

The above two verses again lay emphasis on the fact that guidance and deviations dependent on one’s actions and will in the first instance. The path of guidance is open to all those who seek it but those who transgress and make the path crooked for them is misguidance.

Guidance does come from Allah but some people can avail the opportunities in their lives, whereas others can turn their backs and simply chose to ignore, we humans have the free will and capability of making choices

What leads a man on the path of guidance? Simplified answer to this is the way, a man uses his intellectual capabilities to strengthened and establish the connection between himself and His Creator and then by practical implications of the rules of the religion, known as Taqwa. In short do what has been commanded and refrain from what has been ordered by Allah, no if, no and no but….

“Taqwa” or God wariness, helps the insight, the wisdom and of course the intellect.

Let’s give an example of 2 children and their biological parents wanted them to follow the instructions and one child does exactly what the parents recommended, while the other pays no heed to them, who would be more appreciated? the one who has listened to the parents, of course!!

Ayatullah Murtadha Mutahhari in Taqwa, Part 2 discusses different benefits of acquiring the state of Taqwa and elaborates on how Taqwa is a so crucial for development of of faith ,intellect, wisdom, and emotions.

“With it Allah guides those who follow [the course of] His pleasure to the ways of peace, and brings them out from darkness into light by His will, and guides them to a straight path.” (5:16)

And for wrong doers it’s mentioned:

“…surely those who are too proud for My service shall soon enter Hell abased. “

“The Satan only desireth to cause enmity and hatred in your midst through intoxicants and gambling and keep you away from remembering God and from prayer; will you then abstain (from them)?” (5:91)

Quran, Prophets and Masoomeens have all been sent for our divine guidance already. Allah has provided us the intellectual capabilities, to do the right and to distinguish the truth from falsehood, so it’s now up to us individuals to guard ourselves and our generations against the evil and utilize the divine guidance that has been sent by Allah and taught by the exemplary lives of Our Masoomeens a.s, provided we want to achieve the eternal bliss.

Allah said in the holy Quran:

According to several narrations this Allah’s “rope” is the term used for Infallible Masoomeens (a) and the Quran. Our own link or interconnection with these two can make or break us accordingly. Quran normally tells us the general principles of religion, whereas Masoomeens (a) can help us establish a stronger bond with Allah, by their practical applications of the laws of religion, the ethical rules they practiced and their behaviors with friends and foes, poor and rich, orphans and neighbors etc. If we are successful in acquiring that knowledge and then implementing it in our daily life then we can achieve success in both the worlds. So, the step of attaining and increasing the divine guidance or the “Taufeeq” starts from within our own selves and with the effort to improve ourselves morally and spiritually, with every breath that we take!

“Allah and His Angels send blessings on the Prophet, O you who believe! send your blessings on him, and solute him a thorough salutation”. (33:56)

O Allah, may you grant peace and honor on Muhammad s.a.w.w. and his family.