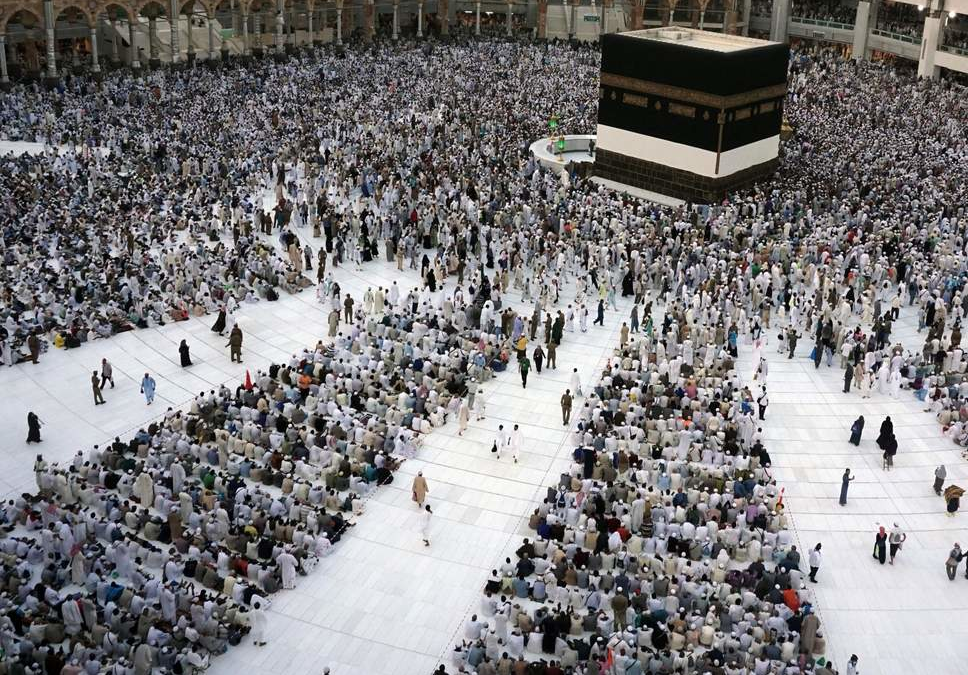 As the month of Dhul Hijjah approaches, what is it about this month  and particularly the Hajj season that really encapsulates the hearts of – not just Muslims and non-Muslims – but the whole of mankind around the world?

Hajj is not just the circumambulating around the Holy Ka’ba, rather it is something much deeper. Take a minute and focus on what the pilgrims wear: an ihram. Is it not beautiful how Allah (swt) ingrains equality in the heart of Makkah, He makes sure you and I, and every single person that has ever, been and shall go to Hajj – would remember that we are equal, and that we are nothing.

We are nothing in front of Our Lord.

In wearing white, where is there prejudice? Where is the judgement of society? Where does secularization lie? There is not. Rather, the very people who are blessed enough to have received the invitation to Hajj, wear the very colour of their shroud.

The very colour, and that very material of their shroud that will be wrapped tightly around them. When will this day be? The very day in which our names, our identity, our fame disappears, and we are referred to as a body. This is what it means to be nothing, other than a pure wayfarer that came into this World, endured the trials and tribulations that were put across the way, and returns back to His Lord in pure white.

Iranian Revolutionist and Sociologist, Ali Shari’ati Mazinani (1933-1977) in his book Hajj (The Pilgrimage) describes Hajj as:

‘…the antithesis of aimlessness. It is the rebellion against a damned fate guided by evil forces. The fulfillment of Hajj will enable you to escape from the complex network of puzzles. This revolutionary act will reveal to you the clear horizon and free way to migration to eternity toward the Almighty Allah.’[1]

The people that Ali Shari’ati Mazinani addresses here are those that that have made the intention to perform Hajj and are anticipating their journey and thus have the fulfillment of Hajj which he speaks about. In turn, the reality of meeting One’s creator truly hits the core of any pilgrim for he realises that his low status as a mere selfish human being is worthless of such a visit yet Allah (swt)’s Mercy brings the believer here and therefore the believer makes revolutionary changes.

If you are amongst the Hujjaj (pilgrims) this year, keep your brothers and sisters in your prayers; if not, May Allah (swt) grant us the Holy visitation next year.

One of the wisdoms of Hajj, is the spiritual reformation that it brings to the believer such that ‘the light of God’s guidance illuminates susceptible hearts, making them detached from the earth and attached to God. By putting on Ihram, saying Labbayk, circumambulating the House, offering sacrifice, and doing other acts of worship, man’s heart goes through a spiritual stage.’

Most surely the first house appointed for men is the one at Bekka, blessed and a guidance for the nations. (Qur’an 3:96)

In the current era, Muslims visit Makkah to perform their Hajj or Umrah and often this can be an annual visitation or every two years, yet the saddest and perhaps painfully despairing concern is that they return from Hajj, just as they departed.

No change, No reformation, No reflection.

And this is the very reason why the above verse fades away for a Muslim that has not changed, for Hajj is a guide to man, yet those that visit often seem to take advantage of its rewards and somehow become susceptible to the immense value of Hajj.