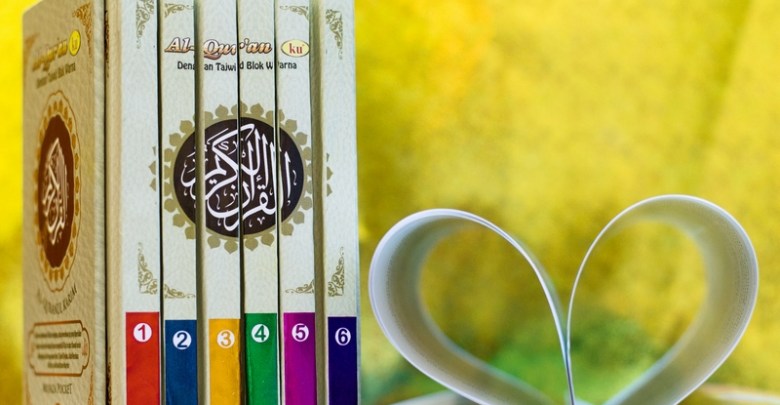 In His name the most Merciful and Beneficent

Spiritually speaking, a hardened heart is one which shows no signs of softness for accepting good or listening to guidance. It is a state of the soul when one has become fully immune to guidance and reformative thoughts. A heart corrupted with perpetual sins, disobedience of divine guidance, and too much indulgence in the material pleasures, results in debilitation of reason and thus leads one to the bondage and slavery of  material desires and consequently to those who seek to dominate you. A person whose heart has become so hard that he cannot receive or tolerate any good guidance and advice, actually prepares himself for complete decline and demise.

History records that when the Christians of Spain plotted to overthrow the centuries’ old Muslim rule, they lead the Muslims to indulge in all kind of debauchery and licentious acts. This led to weakening of moral resolve and made Muslim rulers unmindful of conspiracies that eventually led to the complete annihilation and obliteration of Muslims in Spain.

The modern colonialists also adopt the same technique. When they want to dominate a nation and want to make it a client state serving to their orders, they corrupt the hearts of the its people. Thus Ayatullah Mutahari observes: “In our times, also, wherever the evil of colonialism exists, the same practices are vigorously adopted–a danger against which the Qur’an so emphatically warns us. The colonialists try to corrupt the hearts; when the heart is thus debilitated, reason, too, is not only lost and fails to function properly, but is itself turned into a terrible bondage.” The exploitative powers do not fear apparent popular education, what they fear is spiritual and moral strength. Because moral and spiritual weakness of a nation open the doors for exploitative powers to enter.

Ayatullah Mutahari elaborates further: “The colonialists and the exploitative powers are not afraid of establishing schools and universities: they even advocate popular education; but, on the other hand, they take good care to make arrangements to corrupt and destroy the spirit of students, and of the teachers as well. They are fully aware of the fact that an unhealthy mind and a sickly soul cannot make any decisive move, and readily yield to every type of exploitation and degradation.”

In the verse 74 of Surah Al-Baqara, the Holy Quran makes a mention of hardened hearts:

The incessant transgression and disobedience made the hearts of the Israelites referenced in the Holy Quran to be worse than rocks. The verse compares the stiffness of hearts to that of rocks and goes on to mention that some rocks despite their hardness demonstrate a great degree of flexibility that water comes out of them or they fall down due to fear of Allah (swt). But a human heart which has become dead may show utmost level of hardness. If this hardness is not treated, it can go to the extent of becoming incurable. When this stage arrives, then warning or admonishing does not have any effects.

Being away from the remembrance of Allah (swt) and transgressions have a hardening effect on hearts. A  deviated and hard heart is enamored with worldly temptations and is devoid of love or fear of its Creator. The deviated heart makes the eyes enjoy what is forbidden and dry and indifferent towards fear of Allah (swt). Imam Ali ibn al Husayn (as) supplicates about the treachery of a deceiving heart: “My God, to Thee I complain of a heart that is hard, turned this way and that by tempting thoughts, clothed in rust and the seal, and of an eye too indifferent to weep in fear of Thee and eagerly seeking that which gladdens it.” In another supplication the Imam says, “My God, offenses have clothed me in the garment of my lowliness, separation from Thee has wrapped me in the clothing of my misery! My dreadful crimes have deadened my heart.”

The Commander of the Faithful, Imam Ali (as) has said, “Every one who lacks self restraint and piety will have a dead heart; whoever have a dead heart will enter inside the Hell.” [1] He has also been quoting as saying: “The tears of eyes never get dried but for the sake of hardheartedness, the heart never acquires hardheartedness but for the sake of excess of sins.” [2]

So what can revive the heart after it has become hard and dead and unresponsive to guidance? The answer is purification of soul, remembrance of Allah (swt), avoidance of excessive indulgence and over eating, and avoidance of too much laughter, sport, and merry making.

Imam Ali (as) also advises us to think and ponder over the verses of Holy Quran. The Imam (as) says, “Ponder upon it (the Quran) since this is the spring of the hearts (it enlivens the hearts just as the spring season brings the trees to life),” [3]. In another speech, he has said, “(Wisdom and knowledge) are life for the dead heart.” [4]