Karbala: The Message and Goals of Imam al-Husain(AS) 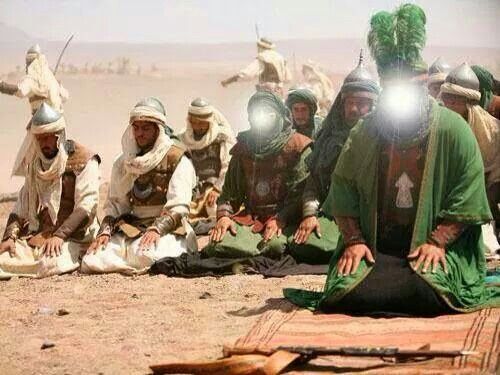 Karbala is a constant source of inspiration and guidance.

The story of Karbala has so many different dimensions to it. It’s a story of revolution, freedom, reform, remembrance of Allah, steadfastness in faith in the wake of calamities, sacrifice of everything for the sake of Allah, and so on.

Such a massive sacrifice that Imam Husain(AS) made in Karbala must be having a very great goal. The aims and goals of this great sacrifice cannot be small but they must be significant enough that such a big sacrifice was made for them. What are those goals? What is the ultimate purpose of Karbala? The knowing of the aims of Karbala will help us in directing our efforts towards what Imam Husain(AS) sought to propagate and protect. We’ll discuss the goals of Imam Husain(AS) in presenting the sacrifice in Karbala in this blog with the help of writings written by different authors on this topic inshaAllah.

Dr. S. Wahid Akhtar in his article entitled Karbala’, an Enduring Paradigm of Islamic Revivalism discusses the revival of Islamic values which happened due to the martyrdom of Imam al Husain(AS). He presents the aims and goals of Imam (AS)’s martyrdom in his own words :

“In a will he made to Muhammad ibn Hanafiyyah while departing from Makkah, the Imam declares:

Indeed, I have not risen up to do mischief, neither as an adventurer nor to cause corruption and tyranny. I have risen up solely to seek the reform of the Ummah of my grandfather (S). I want to command what is good and stop what is wrong, and (in this) I follow the conduct of my grandfather and my father, ‘Ali ibn Abi Talib.

In a letter that he wrote to the people of Kufah, in a short sentence he outlines the Islamic concept of a worthy ruler:

By my life, the leader is one who acts in accordance with the Scripture, upholds justice in society, conducts its affairs according to what is righteous, and dedicates his self to God.

Addressing Hurr ibn Yazid Riyahi and his troops, who had been dispatched by ‘Ubaydullah ibn Ziyad, the infamous governor of Kufah, to intercept the Imam’s caravan on the way and to stop him from entering Kufah, Imam Husayn (‘a) quotes this tradition of the Prophet (s), which states the duty of Muslims vis-a-vis corrupt and un-lslamic rulers:

O people! Verily the Messenger of Allah (s) said: “Whoever observes a sovereign legalizing what God has made unlawful, violating the covenant of God, opposing the Sunnah of the Messenger of God, and treating the creatures of God sinfully and oppressively, and does not oppose him with his speech and action, God has a right to bring him to the same fate as that of the tyrant.”

Indeed, these people (i.e. Yazid and the ruling Umayyads) have committed themselves to the following of Satan, and abandoned obedience to God. They have given currency to corruption and abolished the Islamic laws, plundering the public treasury, making lawful what God has forbidden and forbidding what God has permitted. And I, of all people, have a greater right to act [in accordance with the Prophet’s exhortation].

On reaching Karbala’, a point where they had been forced to discontinue their journey and to disembark on the orders of Ibn Ziyad, the Imam stood up to address his companions. In that sermon he declares that life under tyranny is not worthy of man, unless the people rise in an attempt to restore the higher values.

Don’t you see that what is true and right is not acted upon and what is false and wrong is not forbidden? In such a situation, the man of faith yearns for the meeting with his Lord. Indeed, (in such conditions) to me death is happiness, and life under the yoke of tyrants is a disgrace.”

Shaykh Muhammad Mahdi al-Asifi in his book entitled Ashura makes an analysis of Imam Husayn (As)’S Letter From Karbala To His Brother, Muhammad. This letter Imam al-Husain wrote “at a critical juncture in the history” of the Muslim Ummah. The Umayyads had gone to great lengths in tyranny and had corrupted Islamic society. They had succeeded in spreading terror, temptation and deception to different regions of the Islamic world, and the people had responded to this three-pronged agent of control and acquiesced to the oppression and corruption that was being perpetrated by the Umayyads. They altered the outlines of this religion to such an extent that nothing would have remained of Islam but its name, as Husayn (as) said: “Then bid farewell to Islam for the nation has been afflicted with a shepherd like Yazid.” On the one side, the people had been possessed by fear and terror and their preference for safety and well-being, and on the other by enticements. Imam Husayn (as) had witnessed this severe trial in all its ramifications as he traveled from Medina to Karbala.

“The Imam was striving to remove the widespread defeatist tendency that was affecting the Muslims. He knew that the reason behind all this defeatism was internal: love for the world and neglect of the hereafter. He thought that the way to treat this terrible psychological problem was to make the hereafter the object of desire not the world, and make them overcome the fear of death. It was against this background that the Imam wrote to his brother Muhammad ibn al-Hanafiyyah and addressed the community of his grandfather. He presented the diagnosis of the problem and gave the precise prescription for its treatment.

“This is the testament of Husayn bin Ali bin Abi Talib written by him for his brother Muhammad, known as Ibn Hanafiya. Indeed Husayn testifies that there is no god except Allah and no being other than Him is fit to be worshiped and He has no partner. He also testifies that Muhammad is Allah’s servant and messenger, who has brought truth from Him, and that Paradise and Hell do exist and the Day of Judgment is bound to come and there is no doubt about it, and on that day, Allah will bring the dead to life”.

What the Imam said consists of the very doctrines which it is necessary for every Muslim to hold, and one who does not hold them cannot be a Muslim. Apparently the Imam meant to say that these very principles were in danger and, if the matters were allowed to continue in that manner, it was possible that the regime of the time might not refrain even from attacking these Principles of Faith. In fact the real motive for the Imam’s rising was the protection of these very principles on which other religious and social tenets of Islam are based.

The Imam continued: “This movement of mine is not on account of stubbornness, rebellion, worldly passions or instigation by Satan. It is also not my object to create trouble or to oppress anyone. The only thing which invites me to this great movement is that I should reform the affairs of the followers of my grandfather, eradicate corruption, undertake enjoining to do good and restraining from evil and follow the tradition of my grandfather, the Prophet of Allah and my father, Ali”.

This testament does not mention the formalities that usually form part of the last will made nowadays. On the other hand the Imam wished to clarify his motive. He wanted to tell the people that his movement was not an ordinary one based on human passions and worldly desires. He, therefore, says: I am not going out for merry-making and amusement or to create mischief. I am also not perusing the path of oppression”. He adds: “I have come out to reform the followers of my grandfather”.

These words show that in the year 60 A.H. the Muslim ummah was faced with a dreadful social and religious crisis, which could not be overcome with a severe and bloody revolution. It was a danger that could be faced only by a leader like Husayn bin Ali, whose infallibility has been testified by the Holy Qur’an in the verse of Purification of Surah al-Ahzab (33:33). It was a peril that could not be dealt with by means of speeches and religious sermons.

We end our write up with the dua that may Allah accept our efforts made in the wake of spreading the message of Imam al-Husain(AS) and make all of us his true follower!.