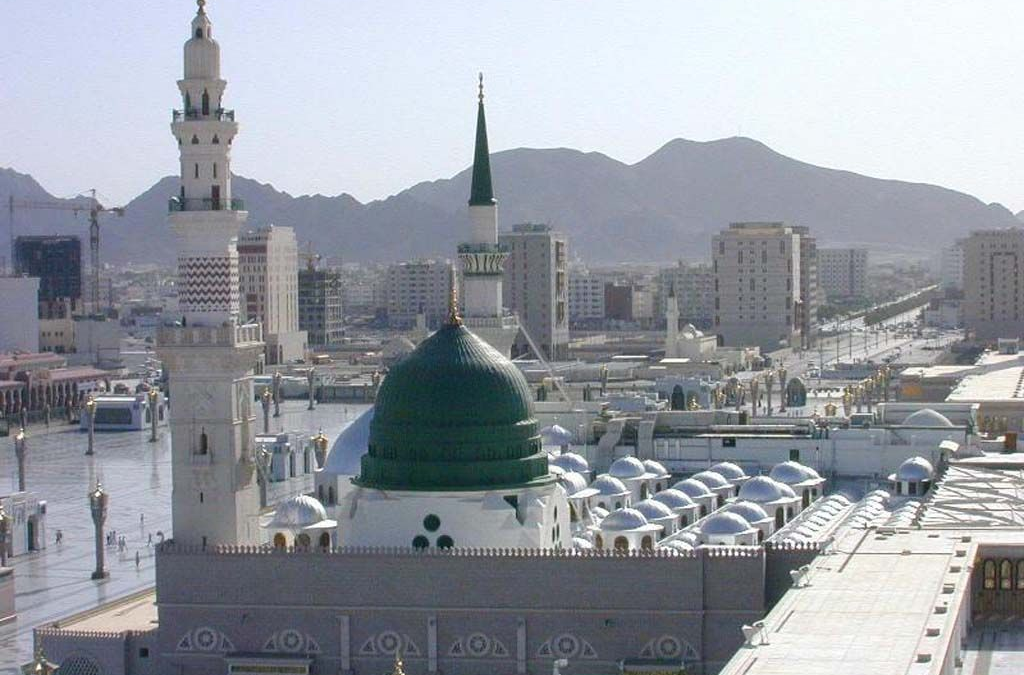 Do we follow Islam perfunctory because we are born into the religion or do we follow it because we understand it? This is not a difficult question to answer because we appreciate being born Muslims and not having to go through the difficult transformation process of leaving one faith to accept another. We took Islam from our parents, built on it and in the course realized that Islam has answers to all our questions. Islam taught us that to continue to stay on the right path we should have knowledge of our religion with understanding, not get fearful of our circumstances remaining firm in our belief, avoiding bad company and influences that cause us to sin.

Our belief in Allah (SWT), purifies us from polytheism, prayers make us humble, charity purifies our soul and increases prosperity, fasting increases firmness in our devotion, Haj reinforces religion and justice bringing peace and harmony in hearts.

What would be the character of the person who brought a peaceful religion like Islam for the entire humanity in the Middle East in the era when fathers were killing their own daughters barbarically and there were no moral values or legal principles? He would have to be gentle in guiding them to adopt moral values so they did not get offended and reject him. He would definitely have to be kind, tolerant and understanding if he were expecting a behavioral change. He would have to be respectful no matter how bad the people he was dealing with – making them feel important and very special despite their faults. He should be able to gain their trust to be able to gently guide them and prevent them from doing wrong. He would have to be a good judge of character, more from a higher rank, to have a peer support system with reliable confidants who are firm so as not to be easily swayed. He should be able to connect with all different kinds of people.

He would have to be transparent, honest and trustworthy with no greed. He would have to be someone who would never hurt you nor cheat you, or betray your trust in him. He would have to be truthful at all times. He would have to be someone people would yearn for because they would feel a sense of comfort by being in his presence. More importantly, he should be able to set an example and invoke the desire in others to be ethical and excel in the good they are doing. He would have all these special traits and still be humble if he were to implement all the moral values to accomplish his mission. He would show respect to his followers, to his family members and even to his enemies. These qualities are so special that world leaders today, especially the pretentious ones, would be successful and more respected if they adopted a few of these characteristics.

Who in this whole wide world possessed qualities to implement such deep-rooted changes in human character? In the history of mankind, there is just one and only one person who qualifies(1). He did not have a trace of arrogance and was a symbol of simplicity and piety. He was the man who graced the world with his presence from 17 of Rabi’ al-awwal 53 BH to 28 Safar 11 AH. Allah(SWT)  described his personality to us in the Holy Quran: And it was by God’s grace that you [O Prophet] were lenient with your followers: for if you had been harsh and hard of heart, they would indeed have broken away from you. Pardon them, then, and pray that they be forgiven. And take counsel with them in all matters of public concern; then, when you have decided upon a course of action, place your trust in God: for, verily, God loves those who place their trust in Him. (Quran 3:159)

Allah (SWT)’s Prophet (S) had some unique characteristics. He was kind, soft-spoken with a gentle firmness yet a great leader. He gave advice to those who sought and always practiced himself before he preached. He had vast knowledge of this universe and the hereafter and he spoke to people at their level of understanding. He practiced what was mentioned in the Quran, conveying the message to the people by practicing and demonstrating. He spent much of his time in the company of others teaching them to learn from his life – a living example indeed. People were aware of the simple things he did in his day to day life like what he drank, how he drank, how much he drank, how he ate, what he ate, how much he ate, how he fasted, how he prayed, his mannerisms, his likes and dislikes, his role as a husband, a father, a grandfather, a role model. His piety, morality, dedication, charity, knowledge, wisdom, his simplicity, generosity, integrity, righteousness, patience, calmness, composure, honesty, truthfulness, leadership, friendliness, hospitality, helpful nature, problem-solving were simply exemplary. He taught people a new way of life – devotional, enlightened, disciplined, organized, compassionate, peaceful, just, empathetic, focused, responsible, as well as reflective.

Historians have documented that his practices were heart-winning. For instance, he always looked directly at the person and spontaneously smiled making them feel instantly joyful and lighting up their eyes and faces. He always laughed at things they laughed at – remained calm, composed and pleasant so people were always comfortable around him. “And indeed, you are of a great and powerful disposition, moral character and mannerism.” (Quran 68:4). Who is this noble soul that the Holy Quran speaks so highly of?

This noble person was our dear Prophet Mohammad (S) son of Abdullah ibn Abdul Muttalib. Prophet Muhammad (S) (may Allah’s blessings and peace be upon him and his family) was a devoted soul who had dedicated his life for Allah (SWT) There was not one star like him that walked the surface of the earth. He was a treasure of all good qualities in one human being(2). His alluring qualities include mercy to all, forgiveness, kindness, absolute trust in Allah (SWT), practicing before preaching, leading them by setting an example.

With his pleasant personality he won the hearts of everyone around him. Renowned for his pleasantness in paying respect to others, genuinely interested in his followers when they involved him in their conversation, being attentive, actually listening to what they were conveying, showing empathy, helping them when needed, avoiding conflicts and arguments over trivial things, parting with pleasantries made him the most sought after person by all those who knew him.

Obeying Prophet Muhammad (S) is equivalent to obeying Allah (SWT): “Say, [O ], “If you should love Allah, then follow me, [so] Allah will love you and forgive you your sins. And Allah is Forgiving and Merciful.” (Quran 3:31)

Such is Allah (SWT)’s love for his Prophet (S), His own creation, who is noor in a human form who did not have a shadow. Whatever Prophet Muhammad (S) says is based on a divine revelation: “Nor does he speak from [his own] inclination. It is not but a revelation revealed.” (Quran 53:3–4)

Prophet Muhammad (S) is the Prophet of Allah (SWT) at all times. He does not become like us and does not commit mistakes. He is the chosen one to be the guiding light for the entire humanity. Those who consider him as their own selves are mistaken because Prophet Muhammad (S) is a Prophet every second of his life. He is a human no doubt, he was born, was alive and died. He felt joy and sorrow, enjoyed good health and fell sick, felt pain, ate food, married women, left his legacy – his progeny behind(3).