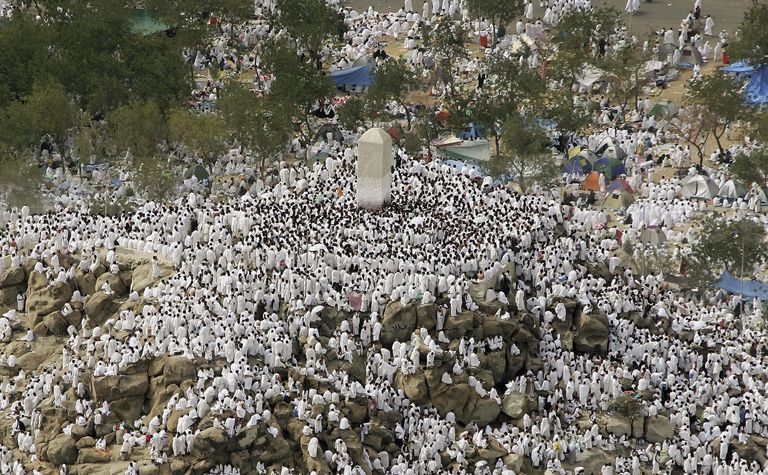 The prayer of Imam Husayn (‘a) on the Day of A’rafah is one of the most famous supplications recited on the 9th day of Dhul Hijjah, by the name of Du’a al-‘Arafah.[1]

After counting and reflecting on the bounties of Allah (swt), Imam Husayn (‘a) expresses his thankfulness for the bounties which Allah (swt) has granted him personally. What is highly captivating about this expression of thankfulness is the thought of an infallible Imam thanking His Lord, whilst man on Earth is selfish enough to forget His bounties yet cry to Him in need. Imam Hussain’s gratitude truly serves as a guide.

You had begun bestowing on me

before I was anything worth mentioning,

and You created me from dust.

You then put me up in the loins,

(making me) saved from vicissitudes of time,

and change of ages and years.

I was moving from a loin to a womb

throughout the passage of the past days

and the ancient ages;

Here Imam Husayn (‘a) eloquently engages the reader with the biological state of man, but before this, he mentions his creation from ‘dust’ not only indicating his humility such that he refers to himself as mere creation as opposed to his characteristics of piety for example.

Second Category: During The Time Of Birth

So you fashioned my creation from semen that gushed forth

and put me up in triple darkness

among flesh, blood, and skin.

You have not made me witness my creation,

and You have not referred any part of my creation to me.

to the world, perfect and in sound health.

Imam Husayn (‘a) transitions from describing his mere creation as a speck of dust to the miraculous nature of childbirth just as Quran 75:37-38 mentions.[3]

It is noticeable that Imam does not describe his birth as a miracle or chance, but rather as a destiny that was meant to be for he addresses Allah (swt) as the one who brought him into the world as He knew Imam Hussain’s role in the world.

You have safeguarded me in the cradle as a small child

You have provided me with wholesome milk as food.

You have made the hearts of the nursemaids tender.

You have given me into the charge of merciful mothers.

You have saved me from the visits of the Jinn.

You have delivered me from increase and decrease.

So, Exalted be You, O All-merciful, O All-beneficent.

When I commenced (my life) by pronouncing words,

You perfected for me the affluent bestowals,

and brought me up with an increase every year.

Although Imam Husayn (‘a) could have simply thanked his guardians that nurtured him as a child, Imam Husayn (‘a) delves in deeper by thanking his Rabb for these very nurturers. Above all, the very possibility of him being safeguarded and his provision, he feels the real gratitude to His Lord.

This segment of Du’a ‘Arafah displays the depth of the relationship between man and God, rather than the surface worldview.

Now pay attention to the words that are in bold font…

And I bear witness, O my God, with my true belief,

and the fortitude of the determinations of my conviction

and the purity of my open belief in Your Oneness

and the essence of the secret of my conscience,

and the ties of the canals of the light of my sight,

and the lines of my forehead

and the hallows of the courses of my breath,

and the (nasal) cavities of my nose,

and the courses of the meatus of my hearing,

and whatever my two lips hide and cover up,

and the motions of the vocalization of my tongue,

and the socket of the palate of my mouth and jaw,

and the matrices of my dents,

and the tasting of my food and my drink,

and the carrier of my skull,

and the tube of the tissues of my neck

and what is included by the cloak of my chest,

and the carriers of the cord of my aorta,

and the cords of the pericardium of my heart,

and the pieces of the retinues of my liver,

and that which is included by the cartilages of my ribs,

and the cavities of my joints,

and the interactings of my organisms,

and the extremes of my fingertips,

and my flesh, and my blood,

and my hair, and my skin,

and my nerve, and my sinews,

and my bones, and my brain, and my veins,

and all of my organs,

and that which was pieced together during the days of my suckling,

and whatever of my body that the ground carries,

and my sleeping, and my wakefulness, and my motionlessness,

and the movements of my bowing and prostration;

and all times, if I live them,

to thank properly only one of Your favors,

I will not be able to do that

Are these not the very sentences that have left you speechless? Do we really know ourselves? Surely had we known ourselves, we would have known our Lord, therefore I conclude with the famous saying

Imam Ali (a) said, Whoever knows himself knows his Lord.

[1] To read the full Supplication of the Day of Arafah, please visit: https://www.al-islam.org/a-shiite-anthology-muhammad-husayn-tabatabai/spiritual-life-prayer-and-supplication#prayer-day-arafah