What are the Causes of Imam Husayn’s (a) Qiyam? 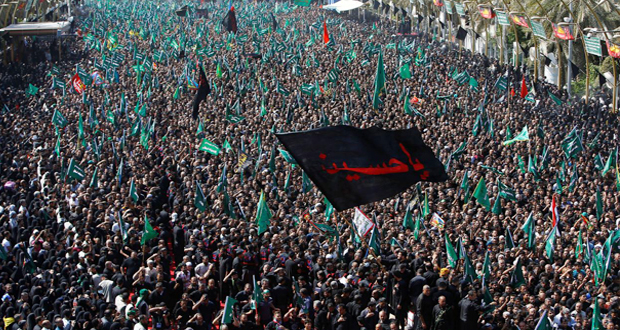 Of the numerous causes, the prime cause of Imam Husayn’s (a) Qiyam (Resistance) was the enforcement of bayat (oath of allegiance) upon him by Waleed bin Utbah, the then governor of Madinah upon the command of the Umayyad Caliph Yazid bin Muawiya and the reprehensible support of brute Marwan bin al Hakam [1].

Imam Husayn (a) refused to give bayat. He did not buckle under Yazid’s cruelty and took a stand by refusing to endorse Yazid saying he would never give Yazid his allegiance like a humiliated man, nor would he flee like a slave, rather, he would rise to snub the evil. For, giving his allegiance to oppression meant supporting despotism and agreeing to injustice which a righteous Imam, the flag bearer of Truth and Justice, appointed by Allah swt, could not accept.

In as little as 50 years after the Prophet’s (s) death, Islam was no longer the religion that the last Prophet (s) of Allah swt had delivered for the Ummah. Yazid was unjust and corrupt stealing money from Baitul Maal (public treasury) for personal use. Anyone opposing him was meted with severe punishment including death.

All Caliphs who sought power after Prophet Muhammad (s) and the rulers of Umayyad Caliphs suppressed the Ahlulbayt (a), the legal successors to the Caliphate, by keeping them in poverty and taking away all that belonged to them. However, they could not take away the respect and regard people had for the Ahlulbayt (a) for they were noble beings who possessed the gift of knowledge like the documented superior knowledge of Ameer ul Momineen Imam Ali (a) bin Abu Talib [2].

This was the reason the Umayyad Caliphs felt insecure and lived in constant fear that the godly qualities of the Ahlulbayt (a) projected them in poor light and highlighted all their weaknesses. It was not a comfortable situation to be in and they were always trying to find reasons to eliminate the family of Prophet Muhammad (s) who they considered a threat to their reign and even their survival.

In order to overcome this threat and establish his power tyrant Yazid wanted bayat from Imam Husayn (a). Imam Husayn’s (a) support would not only endorse his political power – because Imam Husayn (a) was the rightful successor to the Caliphate – but also give him religious power to legalize his crimes and illegal actions carried out in the name of Islam.

Imam Husayn’s (a) refusal terrified the intoxicated Yazid who was enjoying his newly inherited powers of Caliphate. He used brute force to subjugate Imam Husayn (a). Imam Husayn (a), the grandson of Prophet Muhammad (s), was aware of what Yazid was trying to achieve.

Imam Husayn (a) knew from his grandfather Prophet Muhammad’s (s) premonition that he would be killed in Karbala along with his close friends and family. When people heard that Imam Husayn’s (a) life was in danger they wanted to join his army. However, Imam Husayn (a) made it clear that there was not going to be an army – only family and a few close companions. To accompany him one had to be a believer and not a soldier because he was not fighting for power but for Islam. This was a battle not for any worldly possession rather it was to secure and uphold core human values. It was a battle of good vs evil, right vs wrong and justice vs oppression.

Although they came from different backgrounds there was no distinction between one person and the other, all that mattered was their staunch belief in the mission of Imam Husayn (a).

This love for Imam Husayn (a) can be seen even now. Today millions of visitors pay their respects to Imam Husayn (a) for his Qiyam and annually mourn the tragic Battle of Karbala in which he, along with his family and loyal companions were singled out and brutally killed one by one. Pilgrims from diverse walks of life visit Imam Husayn’s (a) shrine to pay their homage in the city of Karbala, Iraq.

Imam Husayn (a) did not give his allegiance to Yazid because he wanted to protect the principles of Islam and retain its justice and character. To avoid all confrontation, Imam Husayn (a) left his home in Madinah along with handful family members that included women, children and infants. The plan was to go to Kufa and preach Islam in peace amongst the people who were inviting him in thousands.

Imam Husayn (a) knew that he was facing thousands of greedy enemy soldiers who wanted to kill him to gain wealth and power. There was no question of expecting mercy from them. He knew that fighting with them would end in certain death.

As the battle commenced, Imam Husayn’s companions departed from their camp one after the other – all fighting valiantly before being killed. Eventually Imam Husayn (a) was alone with no one left to support him. Fatigued, thirsty, and heavily wounded, Imam Husayn (a) fell to the ground as the women and children looked on. He too was killed mercilessly, yet he died holding on firmly to his principles.

Imam Husayn (a) gave the sacrifice of his life with all his family. There is no example like his in the entire history of mankind. Imam Husayn (a) made an immense sacrifice and act in selfless ways in times of crisis. He sacrificed his own life and that of his companions. Those who act in selfless ways do so either to save someone or something. Since everyone in Imam Husayn’s (a) camp was promised death, they were not saving anyone’s life by their sacrifice, obviously they were saving something else. It does not require a complicated derivation to find out what Imam Husayn (a) was saving – he was saving the religion of Islam in all its purity and authenticity.

Imam Husayn (a) is the ambassador of peace. His actions were not altruistic. Rather, it was his love for Allah swt and his understanding of Islam that made him act in the way he did.

People do come under the influence of Shaitan and do wrong. But for those of us who are in need of finding true Islam, all we have to do is look at Imam Husayn (a) and what he stood for. Imam Husayn (a) is that beacon of light that is inviting us into the folds of Islam at any time the spirituality in us awakens.

[3] The Route of Imam Husayn from Makkah to Karbala: https://www.al-islam.org/articles/route-imam-husayn-makkah-karbala

[4] Why did Imam al-Husayn (as) give his Companions Permission to Leave? https://www.al-islam.org/uprising-ashura-and-responses-doubts-ali-asghar-ridwani/why-did-imam-al-husayn-give-his-companions