Why Is Imam Ali (a) The Epitome Of Justice? 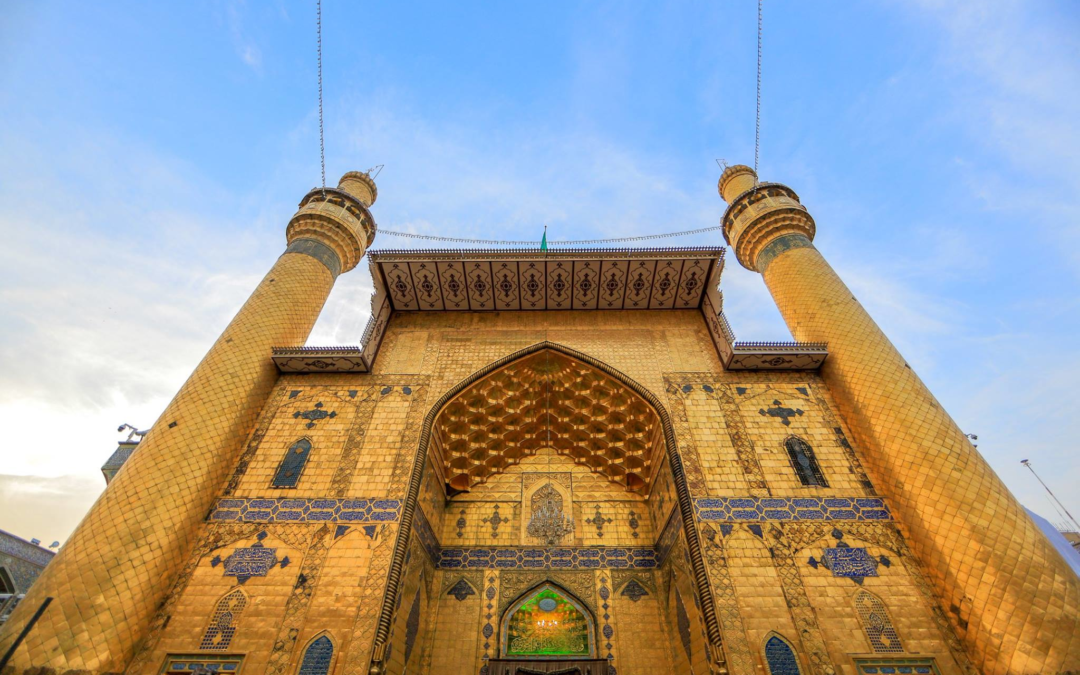 For Brother Bassim Alamiry, for his untiring contribution in starting and running AlRasool Islamic Center, Memphis Tennessee, USA and supporting all community members.

Imam Ali (a) is the greatest enigma of all time. His justice has baffled and mystified scholars and intellectuals alike. The power of Imam Ali’s (a) personality has stood the test of time and attracts our hearts and souls until today – even though centuries have passed. We can’t help but admire and hero worship him for he is the core of perfection and peak of virtues His knowledge, wisdom, eloquence, piety, bravery, justice, loyalty, humanity, empathy, honesty, truthfulness and numerous other qualities are beyond compare. His virtues reached a new standard of greatness and his wisdom-filled sayings became a guidance until eternity for people of all faiths and beliefs because they are relevant for everyone and for all times. His birth inside the Kaaba was peerless and a herald of his chosen status.

As a child he recognized injustice and protected the life of Prophet Mohammad (s) who had come under direct attack with a threat to his life. In his youth, his bravery a glorified legend, he continued his role as the protector, companion, Commander-in-chief of Prophet Mohammad (s) in the battles of Badr, Ohad, Khandaq, Khaybar, Hunayn, until the Prophet breathed his last. Even after the Prophet’s death, he remained by his side and performed the final rituals while others got involved in grabbing power.

Imam Ali (a), the unwavering pillar of support to Prophet Mohammad (s), husband to his only daughter Fatima (a) and the rightful successor to Caliphate was left to complete the last rites by the companions as his successorship was being nabbed by opportunists. They argued that there was no explicit appointment just some vague implicit direction expressed by the Prophet on several occasions including the one at Ghadir Khumm where he lifted Imam Ali’s (a) hand and publicly announced – “Everyone whose master I am also has Ali as his master’  [1]. The words of Prophet(S) spoken on every occasion from Dawat  Zul Asheera – “Ali is my brother, my successor and my Caliph” to Ghadir Khumm were intentionally forgotten. Caliphate was too tempting for those seeking wealth and power.

Profoundly wise and versatile with diversified values, people unanimously decided to elect him their Caliph after Usman and thronged around him in Masjid al-Nabawi after Imam Ali (a) refused to accept the Caliphate. He describes the incident in sermon 3 of Nahjul Balagha: “At that moment, nothing took me by surprise, but the crowd of people rushing to me. It advanced towards me from every side like the mane of the hyena so much so that Hasan and Husain were getting crushed and both the ends of my shoulder garment were torn. They collected around me like a herd of sheep and goats.”

As a Caliph, he lived in a simple home, only ate what the poorest in his Caliphate could afford, and displayed his justice, wisdom, and valor in every single act.

When Talha and Zubair approached him for a position, he did not favor them over others.

He bought better clothes for Qambar, his servant, than himself. He denied power to Muawiyah, the corrupt governor of Syria.

Prophet Mohammad (s) said about Imam Ali (a): “Ali stands with Truth and Truth stands with Ali.” History of Islam is full of the incidents of his chivalrous and merciful behavior towards his enemies.

As a Caliph, he implemented rigorous orders on his officers, administrators, and provincial governors to abide by justice. He punished and dismissed all corrupt administrators and governors. In a letter to Ziyad b. Abih, Imam Ali (a) warned against corruption: “I truthfully swear by Allah that if I come to know that you have misappropriated the funds of the Muslims, small or big, I shall inflict upon you such punishment which will leave you empty handed, heavy backed and humiliated…” (Nahjul Balagha, Letter 20).

He advised all his governors to establish justice and eradicate corruption. In advice to Malik al-Ashtar, the governor of Egypt, Imam Ali (a) wrote: “Do justice for Allah and do justice towards the people, as against yourself, your near ones and those of your subjects for whom you have a liking because if you do not do so you will be oppressive, and when a person oppresses the creatures of Allah then, instead of His creatures, Allah becomes his opponent, and when Allah is the opponent of a person He tramples his plea; and he will remain in the position of being at war with Allah until he gives it up and repents.”(Nahjul Balagha, Letter 53).

Imam Ali (a) rejected those who advised him to seek support by doing injustice and inequity to the Muslims over whom he was chosen as a guardian [ 2].

In response to those who objected to his just distribution and wanted more property referring to Umar’s favoritism of Arabs over non-Arabs he said: By Allah, even if it were my property, I would distribute it equally among them; how would it be when the property is theirs? He justified further by saying: To distribute wealth among those who do not deserve it amounts to squandering the wealth. The Holy Quran also says: Do not squander wealth wastefully. The squanderers are indeed Satan’s brothers and Satan is ungrateful to his Lord. (Surah Bani Isra’il, 17:26-27)

Staggering crowds had pleaded with him to accept the Caliphate but this overwhelming support was short lived because when Imam Ali (a) took reins and started ruling according to the rules dictated by the holy Quran and Sunnah of the holy Prophet many people sensed a lingering danger to their unjustly amassed wealth. Though the people did want a good and virtuous ruler, they did not want an absolute just one who will not show any leniency or favoritism in the matters of administering justice and fairness.

Alas, people who emphasize justice become a thorn in the flesh of those who want riches and power. So also was the case with Imam Ali (a).Under his rule, the corrupt were squirming with the imposition of truth and justice after being accustomed to having their way during the reign of the earlier three Caliphs who let on force and injustice because they were not strong enough to oppose the corrupt and powerful. His Caliphate was strewn with battles against corrupt and deviated Muslims: the battle of Jamal against Ayesha, Talha and Zubair who took up arms against Imam Ali (a) and declared war on him, the battle of Siffin against Muawiyyah who was seeking power, and the battle of Naharwan against the Kharijites who did not like the arbitration with the rebel Muawiyyah in the battle of Siffin.

It was the month of Ramadan, at the time of the morning prayers; in Masjid al-Kufa when Ibn Muljim, with his poisoned sword, struck a fatal blow on the head of the fasting Imam when Imam Ali (a) was in prostration. The deadly strike left a very deep wound. A commotion followed and Ibn Muljim was apprehended and brought before Imam Ali (a) bound in ropes. When the Imam saw the ropes cutting into his flesh, despite his own agony, he asked the people not to be cruel to his murderer and had the ropes loosened.

Imam Ali (a) was taken to his house and when milk was served he offered his glass to Ibn Muljim who drank it. In his will, Imam Ali (a) told his older son, Imam Hasan (a), that the killer had struck one blow with his sword, and should likewise be struck once only [3].

Imam Ali (a) was never lenient in the matters of justice be it his own life and death.